Authored by Omid Malekan via Medium.com,

I’ve already written about how investors in the red hot payments sector are underestimating the disruptive threat of stablecoins and thus overvaluing the existing business models of proprietary networks. Today I’m going to argue crypto investors are making a similar mistake, and thus undervaluing ETH. 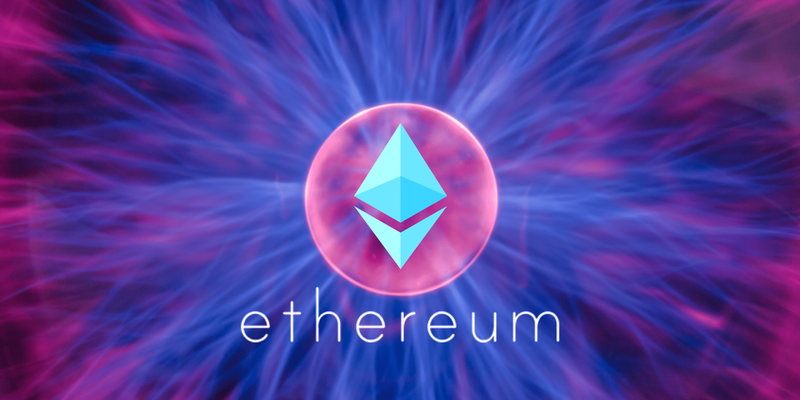 Ethereum is increasingly becoming a fiat payment platform thanks to the plethora of stablecoins that reside on top of it. Tether’s $4B in coins have mostly migrated over from the Omni protocol. All of the next few biggest stablecoins are of the ERC-20 variety, including the new Binance once. Then there’s Dai, the first ever decentralized and uncensorable digital dollar. It’s early days, but stablecoins may have already surpassed Venmo in quarterly volume of dollars moved.

It’s only a matter of time until “fiat on the blockchain” becomes a dominant force in payments. Yes, these products are new and clunky, and the networks they ride on are slow and have scaling problems. But so was every other payment method in its infancy. What matters is the long term potential, and there stablecoins have a lot more to offer, because an open network always beats out a restricted pipe.

The first differentiator is the variety of options. A user on Ethereum who wants to make a payment via stablecoin has many to choose from and can send their preferred option via an ever growing list of wallets. That competition keeps prices down (close to zero) and service quality up. PayPal on the other hand has only one wallet and one rail, factors that directly lead to the second differentiator, fees.

A $1000 online purchase paid for with PayPal costs the merchant $30. The same via stablecoin on Ethereum costs the sender less than thirty cents. That disparity holds true across all of the legacy gateways on account of their business model, including Stripe, Square, Adyen and so on. Such fees to payment providers eat away a substantial portion of the profit margins of the retail industry. Stablecoins represent a radical solution.

The difference in economics can’t be over stated. Legacy payment rails charge a percentage of the amount being sent to earn income. Stablecoins cost a flat fee to secure the network. A $50,000 payment on Ethereum costs the same as a $5 one, just a few cents. A fifty thousand dollar payment on PayPal cost’s a month’s rent. One of the greatest impacts of the stablecoin movement on the payments industry will be the migration from percentage fees based on payment amount to flat fees based on network congestion.

Legacy payment providers (and those who invested in them) deserve a lot of credit for the rails they’ve built. But there’s a reason we call them payment gateways. Gateways are restrictive and expensive for users, which is why they are so profitable for owners — until they get disrupted by new technology. There was a time when communication gateways (also known as telephone companies) were among the most profitable companies around, because they charged per minute (and later, per text) fees. That all went away, because the internet. Per dollar fees for payments will eventually go the same route, because blockchain.

The current payment industry’s profit margin is stablecoins’ opportunity, and all the stablecoins that matter are on Ethereum. Given this dynamic, investors are overvaluing equity in payment providers and undervaluing ETH. The combined market cap of all of the legacy payment providers, the old and the new, currently sits north of $1T. If Ethereum — arguably the fastest growing fiat payment platform in the world — takes just ten percent of that market share, it will be worth $100B, or approximately $1000 per coin.

Yes, legacy payment companies do more than just move money, and some of those additional services are great. But Ethereum also does more, and by virtue of being a programmable platform, can theoretically do it better and cheaper. Issuing rewards and coupons is complex and expensive using legacy rails because those services require separate systems. On Ethereum they can be implemented with a few lines of smart contract code. But an even more compelling arguing in favor of Ethereum as a dominant payments platform is fluidity.

In the time it’s taken you to read this essay, I could have sent you a $10,000 stablecoin payment to your preferred wallet. You could have then taken those funds and used a decentralized exchange to convert them to a different coin, then sent that coin to Compound’s money market and already earned interest. You could have also cashed out that interest and sent it to a different exchange to buy some ETH, then used that ETH to bet on the next election, buy insurance or grab some tokenized real estate. All on the same network. All within the same wallet. And all for a few cents here and there in fees.

I dare you to replicate that flow using Visa, PayPal, ACH, Transferwise, Square Cash, or any combination therein. You’ll spend ten times as much in fees and not accomplish a tenth as much, even if you wait a week. The real promise of Ethereum as a payments platform is the way it can abstract away the payment into a tiny (and cheap) transfer of data, on top of which users can access a brand new, natively digital and superfluid financial system. If Ethereum as payment platform is not worth just a fraction of the total value of the payment industry, what about Ethereum as the new value protocol of the entire planet?

10 Ecommerce Trends That You Need to Know in 2020 [Infographic]

How And Why To Create A Business Continuity Plan